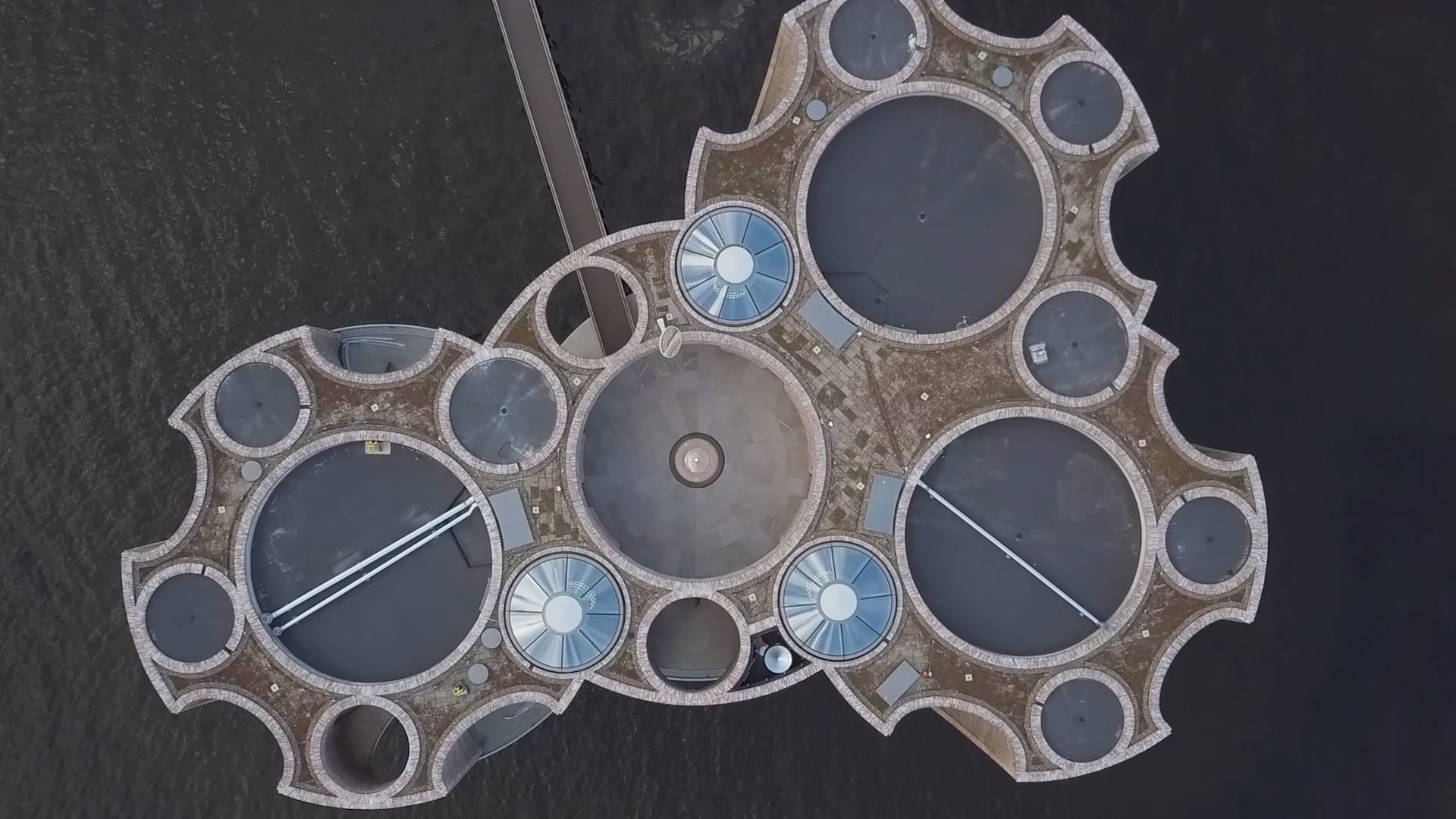 looking at, looking through

Rising out of the water, Fjordenhus forges a striking new connection between Vejle Fjord and the city centre of Vejle.

Accessible by footbridge, the twenty-eight-metre-high building is formed by four intersecting cylinders with brick facades from which ellipsoidal negative spaces were removed to create complex curved forms and arched windows. The varying floor plans of the different levels are organised around circles and ellipses, with specially designed furniture and lights. These are connected by spiral staircases and round vestibules. The double-height ground floor, which is open to the public, is permeated by the fjord and contains two aqueous zones with site-specific artworks by Olafur Eliasson. The KIRK KAPITAL offices occupy the upper three floors. By night, Fjordenhus is lit from within, resembling a lighthouse.